Supply Chain and Blockchain: The Future of Pharmacy

The interest in Blockchain and distributed ledger technology (DLT)has exploded in recent years with a large focus on the financial industry. Meanwhile, medical and pharmaceutical companies around the world are looking to DLT as a means of solving, securing, and streamlining their businesses. While there are many applications for DLT within the medical industry, one area where the technology excels is within supply chains. With sales ranging from US$163 billion to $217 billion per year, according to industry estimates, counterfeit pharmaceuticals are the most lucrative sector of the global trade in illegally copied goods. Fraudulent drugs harm or kill millions around the world and inflict serious damage on the brand names and bottom lines of major pharmaceutical manufacturers.

A blockchain based system could excel in the instance of protecting consumers against counterfeit pharmaceuticals by encoding a log that would detail each stop within the supply chain. In this instance, consumers would be able to check a digital archive in order to ensure the legitimacy of their medication. The distributed nature of the technology ensures that all actors within the pipeline are not making dubious changes to the log. The Drug Quality and Security Act (DSCSA) is a regulation that requires an electronic, interoperable system to identify and trace prescription drugs distributed in the United States. This law was originally passed in 2013 but won’t take full effect until 2023. Other countries are implementing similar programs. All manufacturers, distributors, and dispensers of prescription drugs in the U.S. market are required to comply.

Blockchain’s immutability and provenance capability provide the basis for tractability of drugs from manufacture to end consumer, identifying where the supply chain breaks down. With the DSCSA regulations looming companies like MediLedger Project and SimplyVital are leading the pack with their healthcare oriented blockchain technologies. MediLedger is a collaboration between Chronicled and The LinkLab, bringing together both pharmaceutical supply chain and blockchain technologies. Their intention is to advance the dialogue of a blockchain utility to enhance pharma companies’ ability to manage their supply chains.

SimplyVital has developed two products for the healthcare industry, both of which address different aspects; ConnectingCare and Health Nexus. ConnectingCare is designed for healthcare providers, such as a hospital. The technology enables customers to streamline data to save time and money. According to Lucas Hendren (Simply Vital’s CTO),“It uses care coordination and financial forecasting to help providers in bundled payments get insight into what happens to patients when they leave the hospital. It is a strategic early use case for blockchain in healthcare because it uses blockchain as an immutable audit trail.” ConnectingCare has already hit with its minimal viable product.

Health Nexus which is another blockchain protocol crafted by Simply Vital is assisting the medical industry and consumer in storing, distributing, and securing medical data. Not only that, but Health Nexus will allow individuals to sell their data to interested 3rd parties through a secure pipeline and marketplace. Blockchain protocols like Health Nexus are likely to play a large in medical research. These protocols will also tighten consumer feedback loops and potentially save lives.

Blockchain has already made an impact in the medical industry, and it’s only looking to gain speed from here. Healthcare Rallies for Blockchain, a study from IBM, found that 56% of surveyed healthcare executives had solid plans to implement a commercial blockchain solution by 2020. As the abilities of machine learning and artificial intelligence further leak into the medical industry, the need for a blockchain solution will increase exponentially. 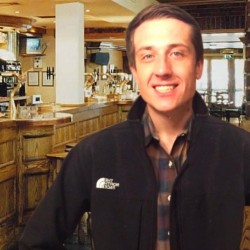