Drug rehabs often integrate a myriad of high-quality pieces of technology that help make their job much more comfortable. However, many facilities may not be aware of the ways that blockchain can transform their community. This revolutionary piece of new technology can help to make it much easier to track a large variety of different elements connected to addiction recovery and rehab.

Do Drug Rehab Centers Use Blockchain?

Blockchain, for those who don’t know, is a shared ledger that can be used to share many types of information. First of all, it helps record many kinds of transactions and tracks assets. The fact that only people with the proper information can use it makes a blockchain a very secure option for many businesses. But do rehab centers use this technology to protect their clients?

Throughout research into this topic, it was hard to find any absolute proof that rehab centers used blockchain. There were no statistics on the number of centers using it or anything like that available. As a result, it is hard to gauge whether or not they are using it right now. An educated guess would estimate that only a handful of centers are probably using blockchain right now, though this could be inaccurate.

That said, this guess is based on a few factors. First of all, the inarguable lack of written information on this topic. If there were more rehab centers using blockchain, surely this trend would be noted? Secondly, blockchain is often perceived primarily as a way of protecting financial data. As a result, some facilities may not understand the many benefits that it provides.

A Growing Number of Groups Use Blockchain

If rehab centers are not using blockchain, they may be part of a rapidly decreasing group. As blockchain becomes more prominent, a growing number of businesses and governments are using it. For example, governments like China, Russia, and Canada are using blockchain to track many different elements. These include their weapon production and the spread of Bitcoin manufacture.

The US Government is also examining the benefits that it could provide for its operation. It is mostly interested in protecting public records, gauging budget allocation, and monitoring supply chains throughout the nation. Though not heavily adopted yet, many specialists believe that the US could quickly become a significant stronghold for blockchain activities throughout the world.

The reasons for this consideration are numerous. First of all, the level of information transparency would be high. After all, only a handful of people could even access the information. Data immutability is also crucial because it would be tough, if not impossible, to hack these systems. However, does all this mean that rehab centers should seriously invest in blockchain?

Should Rehab Centers Use Blockchain?

The potential benefits of blockchain make it an excellent option for drug rehab. For example, one study found that blockchain could help facilities and its clients track success rates. In this way, it would be easier for a treatment center to know what options worked for each person. Just as importantly, all of this data would be safe and protected from hacking or other types of misuse.

However, there are many other possible benefits that blockchain could offer. For example, medical facilities and rehab centers could use blockchain to restrict access to dangerous drugs. This method could be used to track the substances in a facility and to alert authorities when it gets low. In this way, it could be possible to eliminate the dangers of drug thefts and other issues that fuel rehab issues.

Just as importantly, blockchain could create a unique peer-to-peer accountability system for those in recovery. Many treatment options succeed when recovering individuals create a support system. The group that they form could stay in touch using blockchain connections. These private settings could make recovery smoother and more comfortable for them to handle.

Are there any downsides to blockchain in rehab centers? The biggest is the potential cost. Many centers don’t have a lot of cash to throw around and may not have the money for this type of system. And success often relies on the self-motivation of those struggling to recover. Those who lack that kind of self-directed skill may struggle to use blockchain for drug treatment.

The Possibilities Could Be Vast

While there are definite limitations that could occur when using blockchain, the many benefits that it provides far outweigh the few cons. As a result, drug rehab centers may want to consider integrating this system into their daily operation. Doing so could help their clients – and their counselors – transform the treatment process and make it smoother and more comfortable to handle for all involved. 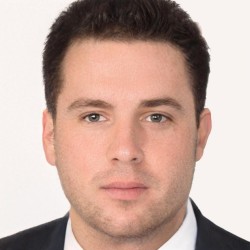 Patrick Bailey
Freelance Writer at Patrick Baileys
Patrick is a writer in the fields of addiction, recovery and mental health. Patrick finds pleasure in writing about these topics in attempts to lift the stigma associated with them. When not working you can look for Patrick at your local basketball court.