Blockchain was, in some sense, designed to connect the world. The creator saw how the world was shifting its attention to the digital sphere, rather than the offline one. Pretty much any industry you can imagine currently, has a foothold online and therefore, is subject to influence from blockchain.

Currently, blockchain is seen as a place to make money through trading cryptocurrency. But it needs to be considered that the technology is an amazing way to connect people to knowledge they never had. But no matter how one may look at it, blockchain is a way to provide people with means of payment that is decentralized and accessible.

Healthcare in developed countries is much better than developing countries, that argument cannot be debated. Sure you can bring the USA as an example, but this argument is focusing on quality rather than price.

Developing countries sometimes suffer from a lack of experienced individuals or general funding for various medical fields. Therefore, the population is forced to either spend their entire life’s savings abroad or gamble with their health locally. Blockchain is probably the best solution here as it is able to provide various options for these countries.

A coin for healthcare?

There may have been several coins that came out specifically designed to be used in the healthcare industry. However, having a country back one single coin designed for healthcare would be advantageous.

This project would not be successful without significant subsidies, unfortunately. Offering healthcare services for these coins would need to have special prices that are lower, but offer the same advantages.

So why is this coin better than just normal money? Inflation. Inflation is the best answer to this question, as the coin will become immune to it. Inflation usually happens due to governments constantly printing more and more money to cover debt and various other bills. This devalues the already existing currency and before long makes it obsolete. However, according to experts at ForexNewsNow, cryptocurrencies are never “printed additionally”. The only change that the inflation ratio of a cryptocurrency can suffer is the “burning of coins” when the creators destroy a significant percentage of the coin to adjust the price.

How this helps developing countries

Developing countries would benefit from this immensely as their currency issue would be put on hold. For example, look at Eastern European countries and their currencies, there are 2 completely different pictures within just a couple of years. The country of Ukraine had its currency depreciate relative to the dollar by no less than 4 times. Same for the Republic of Georgia, where they saw their currency depreciate by more than 2 times over a period of 4 years. It can be easily seen that a Ukrainian who used to have $2,000 salary was able to utilize healthcare in Western Europe without too many problems, but right now, it would be impossible with their $500 salary.

Cryptocurrency would be an amazing way to subsidize this matter. But guarantees about the stability of the coin need to be enforced. Well, it can just be made into a stablecoin. This guarantees that these coins, no matter what happens to the currency, remain equal to $1.

This would most likely find a largely positive reaction from the international community, which will further popularize the coin and make it even more useful in various segments of the healthcare industry.

However, this is just one option that could benefit everybody. There are numerous other ways cryptocurrencies and blockchain can be used to develop healthcare. One of which is the utilization of blockchain for storing relative data for the industry professionals. But no matter what is done to reinforce the idea of blockchain in healthcare, the technology needs to be given an ample regulatory framework. However, these regulatory frameworks may damage the whole essence of blockchain. The stablecoins may be able to avoid any serious ramifications, but given the fact that governments are terrified of cryptos, it is just empty hope.

Governments have their own reasons why they are scrambling to regulate cryptocurrency. The healthcare industry also plays a large role in these fears as governments try to avoid any unlicensed entities to provide healthcare services. In order to solve the problem of mass centralization, the core issues with the fear towards cryptocurrencies need to be addressed. Fortunately for the crypto community, most of those fears are currently disclosed. 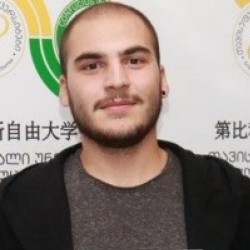