Blockchain continues to generate buzz within the health sector, and one particular application in the form of smart contracts, is now eyed as an innovation that can push the industry forward. Among its features, blockchain’s decentralized verification model is one of the most valuable. The industry can use it to deploy blockchain smart contracts, a type of decentralized contract that verifies, adjudicates, and executes itself.

Previously, payers and institutions were required to go through numerous transactions, processing and verification systems. For example, a person asking for insurance coverage might need a lawyer to negotiate a contract, making the execution of the contract cumbersome and expensive. And in the case of disputes, third parties are necessary to ensure fairness. Sometimes, people even feel the need to verify if a third party is qualified to adjudicate.

But with smart contracts, there is no third party. The terms of the contract are set and secured within the blockchain network, with the network itself acting as the ledger. When the contract’s terms are fulfilled, the terms will be executed.

This kind of technology is crucial in an industry such as healthcare, which has complex relationships with various agents. As healthcare processes are interconnected with banks, governments, legal institutions, and individual payers, executing contracts are often complicated. By using smart contracts, the whole transaction process is streamlined and simplified. This includes payment processing, claims adjudication, and other processes that typically require lawyers and months of waiting. Being able to consolidate these processes will improve the healthcare provider’s revenue performance and remittance. It will also mean fewer lawsuits and headaches.

At the same time, healthcare institutions are now heading towards automation and more advanced security measures. This is due to the fact that the medical industry is a prime target for hackers. In fact, after the Erie County Medical Center in Buffalo was hacked for 6 weeks, more hospitals have been proactive in terms of cybersecurity. IT professionals and cybersecurity managers are being hired to keep their data infrastructure as secure and updated as possible. This results in an increasing demand for healthcare administrators and managers that can rise to the challenges. Maryville University suggests that nowadays technical expertise is a skill that is very sought after by healthcare organizations in the US and across the world. Special skills such as proficiency in blockchain-based verification and consolidating data streams are necessary for a successful systems upgrade. Having personnel who are well versed in blockchain can also increase efficiency, as their familiarity with the technology allows them to facilitate faster information exchanges. One scenario could be having all of a doctor’s patient records stored in a single secure digital ledger, which can be quickly opened when needed.

While it may take some time before blockchain smart contracts can achieve industry-wide acceptance, they have already started to gain traction. In the meantime, the healthcare industry should consider preparing its workforce for more disruption. 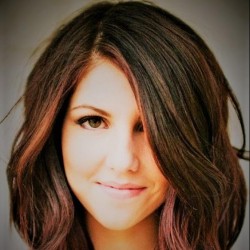 Alisha Chloe
Alisha Chloe has been a cybersecurity advocate who has also contributed to a number of small online tech magazines.