It’s estimated that over 12 million people worldwide have sought to learn more about the inner sanctum of their genetic code.  Like their ancestral history, health risks, or even their propensity for certain diseases.

As a result, the storehouse of genomic data has been exponentially building over the past several years. On the heels of this development, however, are two concerns: First, some experts in the industry have expressed that there is not enough research and drug discovery being done with the data collected. Secondly, there has been growing attention and concern about the lack of consumer control in terms of how their data is being used.

The continued proliferation of information is vital to the advancement of scientific progress. Applied efficaciously, it has the potential to provide cures and boost life expectancy.

Yet, people want more control of their genetic data along with a share of the proceeds when this information is being used.

Today a new movement is quickly gathering momentum, one which incentivizes consumers for sharing their genomic data while supporting the very advancements that scientific researchers are seeking to deliver. It’s here where the intersection between consumer genomics and the nascent world of blockchain technology has ushered in an emerging field called “blockchain genomics.”

Genetic Information Sharing is in the DNA of Consumer Incentives

At the nexus of this movement is Encrypgen,  a rapidly growing digital ecosystem that’s fostering a collision point between blockchain technology and human genomics. Encrypgen’s vision:

To incentivize consumers to share their genomic data and empower researchers to make new breakthroughs, all while keeping the data secure and the identities of consumers anonymous.

Encrypgen and the Future of Genetic Information Sharing

Encrypgen allows users to download their raw data from their genetic testing company, which can be done pretty simply. Once that is complete, they add it to their account at http://my.encrypgen.com , set a price, and see if anyone buys the data. Consumers can then monetize genetic information sharing with researchers.

With this DNA information now online they can provide their doctors with access to it. They can also sell their genetic profile to researchers, pharmaceutical companies, and others who request it.

Most people are setting their price for a 23andMe test at about 10 USD, and many people have already sold their data. By de-identifying, Encrypgen remains compliant for most studies in the US as it is not HIPAA regulated, and scientists can easily use the genomically important data for their studies.

“Consumers have a choice as to whether they want to make this data available to scientists. By opting into the search platform, they are able to answer questions about their background and health. Prospective buyers then can purchase the data that shows up in the search. What’s great about Encrypgen is that this information is decoupled from the person’s individual data so that they can remain anonymous.”

Asked about Encrypgen’s long-term vision around the sharing of DNA test results and bioscience advancements, Koepsell had this to share:

“We are big believers in open data. Open data projects have been successful in many fields but had not yet proven successful in genomics. One problem was, we believe, a lack of incentives. Another was legitimate concerns about privacy. Given this, we are creating a free market solution that facilitates the direct sharing of data with fair remuneration.”

Koepsell believes that this model might also be applied to other fields, as it has in some ways to the BOINC projects, a large open science platform where people are paid in tokens for the use of their computing power tied to solving big data problems in a distributed network.

“It could well be an approach that other biosciences could adopt too to resolve problems. Thankfully, we have created the backbone for that sort of system.”

Encrypgen allows people full ownership of their data in the sense that they receive 90% of the profits from the sale of that data. According to Koepsell, no one else has that model.

“We have over 1000 users now and upwards of 700 data sets. More people join every day, we are clearly leading the way in volume and user adoption.”

Koepsell notes that Encrypgen doesn’t need to sell kits because of the company’s ability to pay people for their data all around the world (whereas some of our competitors are limited to the US).

“We feel we are well-positioned to bring more data in from more diverse sources and really achieve the goals of open science while fairly paying people.”

The key to these payment transactions is Encrypgen’s proprietary $DNA token.

“Our token is a part of our blockchain, built on Mutichain, and the core of our transaction system. All transactions are immutably captured and retrievable, and payable on the system. This makes the commerce on our platform frictionless. We don’t need to pay fees to any service to conduct payments.”

He notes that the token is widely available and fungible to other currencies as well thus giving users a way to either get paid or pay for data without worrying about credit card forms or other complex, costly payment systems online.

“Honestly, it was a total freebie for us because it takes nothing to create a token on top of a blockchain platform. We think this is going to be the future for transactions and settlements for any number of data transaction ecosystems over time.” 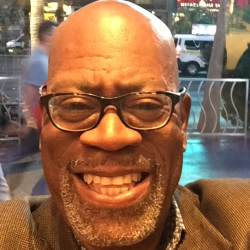